One cannot be prompted to do anything in life that one does not feel prompted enough to do. I couldn’t be motivated to become a Green Eyed Monster writing letters to someone I was jealous of. 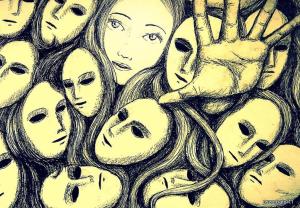 The prompt Singular Sensation also did not give me huge sensation as such, but it got me going. That’s because only yesterday I was thinking along these lines. Not thinking about who that “one specific person would be, whom I would like to read my blog”. Rather, I had lately been wondering about multiple people who show up in my statistics but they don’t interact, they do not comment. There’s been a sensational increase in viewers from ‘specific’ countries. Multiple strangers, I guess.

Actually, till around two weeks ago, I had kept my blog a complete secret. I had not told anyone outside of my immediate family. For these reasons, I do not personally know any one who has ever followed my blog, or ever liked and commented on my blog posts. But how did I keep a blog, that has my own name as blog address, a secret? I cannot say if some known people had discovered my blog accidentally and have been silent spectators for all these months without me being aware.

Actually it went like this. Till five months ago, before I became active on my blog, I had an up and running Facebook ID.  A personal type of congregation that had a funny mix of very old and new friends, as well as odd relatives. Somehow I could never get myself to like FB as much as others do. My conclusion is, that in specific situations where people are not meeting face-to-face as much as they should, then Facebook (as well as phones) end up causing confusions instead of bringing people closer. Moreover I realised that on FB too I am writing and writing rather than putting up pictures.

Therefore, soon after I took to blogging I deactivated my Facebook account. But I would activate this account occasionally, say once every two weeks or so, and have a cursory look for few minutes, after which close the shop till next visit. Soon I forgot to do even that.

At the same time I had gradually opened another FB account meant only for my writing purposes – for liking FB pages and groups that inform about writing and publishing. I felt like a woman with a purpose. Moreover, I needed some Facebook ID to create a Facebook page for Magnanimous Word – a page that is now reached by hundreds of mysterious viewers each day but hardly anyone likes the posts. Till now this page too was a secret from my real friends and relatives.

The reason for such secretiveness?  My blog was an accidental creation and I wasn’t sure how my known people would react to it if I tell them.  Anyway, I’m not sure about anything or anyone anymore. Human behavior in particular can’t be predicted.

Given all these facts about my secret blog, something came over me around two weeks ago. I went back to my first (original) Facebook ID and declared my blog. I didn’t declare as such, instead posted some blog posts. But guess what. This coming out in the open made no difference at all – no change in followers.  No known people liked my posts on my blog. Writing, I mean blogging does not interest people much, esp. when I have not been awarded a Booker Prize (yet)  🙂

There was one change though. Nowadays if I check my statistics, there are more and more people from India and Australia who are viewing my posts. We can also see which old posts have been viewed.

For few days I was confused by all this. All creativity vanished as I became self-conscious of my writing. Now I’m coming back to normal. I will write. I do not need anyone’s approval or disapproval. There is a time in our lives when suddenly we stop bothering about little things that once mattered too much. Probably, many genuine factors go against my blogging. I write anything that comes to my mind. I write mediocre stuff. My free style is not maneuvered like that of a scholar. I use my own name, I did not remain anonymous or have a pseudonym. I have my picture up there in the public.  But that’s how it is.

To cut the long story short, blogging that was once merely my cosy corner on the net, is not so anymore. But I am ok with it.  I will spread out my wings.  My long term purpose is to write seriously and openly, then why hide from these unknown ‘multiple sensations’. Let them enjoy my posts!

And yet, all this while, there has been one person who has been reading my posts, more or less everyday.  That’s because these days he lives inter-state. Had he still been staying here in Sydney, he would not have read them with such interest even if I had asked him to. My husband is currently posted inter-state. He comes to Sydney off and on. More often than not, I write sub-standard mundane stuff but my blog connects him to home as he enjoys my posts. Moreover, he’s an engineer who is passionate about photography.

Honestly speaking, some of my pictures were actually clicked by him – the monkey, the girls, the mauve sunset.  All others are mine. Now, why would he not be thrilled to see his pictures well liked on the net? I tell him to have his own photography blog. He says, he has no time. Obviously, this also means he will read my posts only till he has time. Life statistics prove – he may give up reading when he gets over it.  So he can’t be my singular audience forever. But even this too should not matter to me.

My son is another person who knows about my blog.  Generally I pour my stuff down his ears as I verbally narrate some of my blogging stuff (after I write). The academic in him says, “If I were to write what you have written I will write it in a different way. But that’s me. And that’s you mom.“.  My baby always has a logic in what he says, but does his argument help me in any way?

These were the multiple sensations – open and discrete, known and unknown – who provide no guarantee.
That was in the context of the question asked by the prompt Singular Sensation: “If you could have a guarantee that one specific person was reading your blog, who would you want that person to be? Why? What do you want to say to them?”.

For above reasons, I would either have no one or I would like my dad to read my posts. I wrote this in one of my previous poems also.

But what would I want to say to him? I can’t say anything. He is not in this world.

13 thoughts on “Multiple Sensations of Blogging!!”